“We are apt to shut our eyes against a painful truth… Is this the part of wise men, engaged in a great and arduous struggle for liberty? Are we disposed to be of the number of those, who having eyes, see not, and having ears, hear not..?

For my part, whatever anguish of spirit it might cost, I am willing to know the whole truth; to know.. it — now.”

“Neither let us be slandered from our duty by false accusations against us, nor frightened from it by menaces of destruction to the Government nor of dungeons to ourselves. Let us have faith that right makes might, and in that faith, let us, to the end, dare to do our duty as we understand it.”

Video clip of an interview with Prof. Jones can be seen here:http://kutv.com/topstories/local_story_314234334.html

In writing this paper, I call for a serious investigation of the hypothesis that WTC 7 and the Twin Towers were brought down, not just by damage and fires, but through the use of pre-positioned explosives. I consider the official FEMA, NIST, and 9-11 Commission reports that fires plus damage alone caused complete collapses of all three buildings. And I present evidence for the explosive-demolition hypothesis, which is suggested by the available data, testable and falsifiable, and yet has not been analyzed in any of the reports funded by the US government. 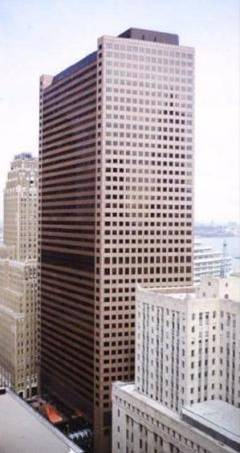 WTC 7 collapsed completely, onto its own footprint

Now that you have seen the still photographs, it is important to the discussion which follows for you to observe video clips of the collapse of this building, so go to:

http://911research.wtc7.net/talks/wtc/videos.html Click on the three photos at the top of this web-site page in order to see the videos of the collapse of WTC 7. It helps to have sound.

Then consider a video close-up of the same building (SW corner) as its demise begins:

What did you observe?

Symmetry: did the building collapse straight down (nearly symmetrically) — or did it topple over?

Speed: How fast did the building fall? (Students and I measure less than 6.6 seconds; time it!)

Smoke/debris-jets: Did you observe puffs of smoke/debris coming out of the building? Please note for yourself the sequence and fast timing of observed puffs or “squibs.” Note that reference to web pages is used in this paper due largely to the importance of viewing motion picture clips, thus enhancing consideration of the laws of motion and physics generally. High-quality photographs showing details of the collapses of WTC 7 and the WTC Towers can be found in books (Hufschmid, 2002; Paul and Hoffman, 2004), magazines (Hoffman, 2005; Baker, 2005) and at http://911research.wtc7.net/wtc/evidence/photos/collapses.html.

My reasons for advancing the explosive-demolition hypothesis while challenging the “official” fire-caused collapse hypothesis are these:

1. As you observed, WTC 7 collapsed rapidly and symmetrically — even though fires were randomly scattered in the building. WTC 7 fell about seven hours after the Towers collapsed, even though no major persistent fires were visible. There were twenty-four huge steel support columns inside WTC 7 as well as huge trusses, arranged asymmetrically, along with approximately 57 perimeter columns. (FEMA, 2002, chapter 5.) A symmetrical collapse, as observed, evidently requires the simultaneous “pulling” of most or all of the support columns. The Second Law of Thermodynamics implies that the likelihood of complete and symmetrical collapse due to random fires as in the “official” theory is small, since asymmetrical failure is so much more likely. On the other hand, a major goal of controlled demolition using explosives is the complete and symmetrical collapse of buildings.

Concluding remarks in the FEMA report on the WTC 7 collapse lend support to my arguments:

The specifics of the fires in WTC 7 and how they caused the building to collapse [”official theory”] remain unknown at this time. Although the total diesel fuel on the premises contained massive potential energy, the best hypothesis [fire/damage-caused collapse] has only a low probability of occurrence. Further research, investigation, and analyses are needed to resolve this issue. (FEMA, 2002, chapter 5; emphasis added.)

That is precisely my point: further investigation and analyses are needed, including consideration of the controlled-demolition hypothesis which is neglected in all of the government reports (FEMA, NIST and 9-11 Commission reports). Note that the 9-11 Commission report does not even mention the collapse of WTC 7 on 9-11-01. (Commission, 2004) This is a striking omission of data highly relevant to the question of what really happened on 9-11.

2. A New York Times article entitled “Engineers are baffled over the collapse of 7 WTC; Steel members have been partly evaporated,” provides relevant data.

Experts said no building like it [WTC7], a modern, steel-reinforced high-rise, had ever collapsed because of an uncontrolled fire. (Glanz, 2001; emphasis added.)

That’s correct — no such steel-beam building had ever before (or since) completely collapsed due to fires! However, such complete, symmetrical collapses in steel-frame buildings have indeed occurred many times before — all of them due to pre-positioned explosives in a procedure called “implosion” or controlled demolition. What a surprise, then, for such an occurrence in downtown Manhattan — three skyscrapers completely collapsed on the same day, September 11, 2001.

Engineers have been trying to figure out exactly what happened and whether they should be worried about other buildings like it around the country… Most of the other buildings in the [area] stood despite suffering damage of all kinds, including fire… ‘Fire and the structural damage …would not explain steel members in the debris pile that appear to have been partly evaporated’, Dr. [Jonathan] Barnett said. (Glanz, 2001; emphasis added.)

The observed “partly evaporated” steel members is particularly upsetting to the official theory, since fires involving paper, office materials, even diesel fuel, cannot generate temperatures anywhere near the 5,000+ oF needed to “evaporate” steel. However, thermite, RDX and other commonly-used explosives can readily slice through steel (thus cutting the support columns simultaneously in an explosive demolition) and reach the required temperatures. (It is possible that some other chemical reactions were involved which might proceed at lesser temperatures.) This mystery needs to be explored — but is not mentioned in the “official” 9-11 Commission or NIST reports.

3. There are several published observations of molten metal in the basements of all three buildings, WTC 1, 2 (”Twin Towers”) and 7. For example, Dr. Keith Eaton toured Ground Zero and stated in The Structural Engineer,

‘They showed us many fascinating slides’ [Eaton] continued, ‘ranging from molten metal which was still red hot weeks after the event, to 4-inch thick steel plates sheared and bent in the disaster’. (Structural Engineer, September 3, 2002, p. 6; emphasis added.)

The observation of molten metal at Ground Zero was emphasized publicly by Leslie Robertson, the structural engineer responsible for the design of the World Trade Center Towers, who reported that “As of 21 days after the attack, the fires were still burning and molten steel was still running.” (Williams, 2001, p. 3; emphasis added.)

Sarah Atlas was part of New Jersey’s Task Force One Urban Search and Rescue and was one of the first on the scene at Ground Zero with her canine partner Anna. She reported in Penn Arts and Sciences, summer 2002,

‘Nobody’s going to be alive.’ Fires burned and molten steel flowed in the pile of ruins still settling beneath her feet. (Penn, 2002; emphasis added.)

Dr. Allison Geyh was one of a team of public health investigators from Johns Hopkins who visited the WTC site after 9-11. She reported in the Late Fall 2001 issue of Magazine of Johns Hopkins Public Health, “In some pockets now being uncovered they are finding molten steel.” Further information on the subject is available at http://globalresearch.ca.myforums.net/viewtopic.php?p=11663.

Thus, molten metal was repeatedly observed and formally reported in the rubble piles of the WTC Towers and WTC 7, metal that looked like molten steel. However, scientific analysis, using for example X-ray fluorescence, would be needed to ascertain the actual composition of the molten metal.

I maintain that these published observations are consistent with the use of the high-temperature thermite reaction, used to cut or demolish steel. Thermite is a mixture of iron oxide and aluminum powder. The end products of the thermite reaction are aluminum oxide and molten iron. So the thermite reaction generates molten iron directly, and is hot enough to melt and even evaporate steel which it contacts while reacting. Use of sulfur in conjunction with the thermite should accelerate the destructive effect on steel, and sulfidation of structural steel was indeed observed in some of the few recovered members from the WTC rubble. (Seehttp://www.911research.wtc7.net/wtc/evidence/metallurgy/index.html.) On the other hand, falling buildings (absent explosives) have insufficient directed energy to result in melting of large quantities of metal. The government reports admit that the building fires were insufficient to melt steel beams — then where did the molten metal come from? Metals expert Dr. Frank Gayle (working with NIST) stated:

Your gut reaction would be the jet fuel is what made the fire so very intense, a lot of people figured that’s what melted the steel. Indeed it did not, the steel did not melt. (Field, 2005; emphasis added.)

None of the official reports tackles this mystery. Yet this is evidently a significant clue to what caused the Towers and WTC 7 to collapse. So I would very much like to see an analysis of the elemental composition of the metal, and could do this myself if a small sample were made available according to scientific courtesy. Any reader who knows of chemical analyses or even photographs of this molten metal found below the rubble piles of WTC 1, 2 and 7 is invited to speak out and contact the author. This could lead to an experiment crucis.

4. Horizontal puffs of smoke and debris are observed emerging from WTC-7 on upper floors, in regular sequence, just as the building starts to collapse. (The reader may wish to view the close-up video clip again.) The upper floors have not moved relative to one another yet, as one can verify from the videos. In addition, the timing between the puffs is less than 0.2 seconds so air-expulsion due to collapsing floors is excluded. Free-fall time for a floor to fall down to the next floor is significantly longer than 0.2 seconds: the equation for free fall, y = ½ gt2, yields a little over 0.6 seconds, as this is near the initiation of the collapse.

However, the presence of such “squibs” proceeding up the side of the building is common when pre-positioned explosives are used, as can be observed at http://www.implosionworld.com/cinema.html. The same site shows that rapid timing between explosive squibs is also common. (It is instructive to view several of the implosion videos at this web site.) Thus, squibs as observed during the collapse of WTC 7 going up the side of the building in rapid sequence provide additional significant evidence for the use of pre-placed explosives. Regarding this highly-secure building, a NY Times article entitled “Secretive C.I.A. Site in New York was Destroyed on Sept. 11,” provides an intriguing puzzle piece:

The C.I.A.’s undercover New York station was in the 47-story building at 7 World Trade Center… All of the agency’s employees at the site were safely evacuated… The intelligence agency’s employees were able to watch from their office windows while the twin towers burned just before they evacuated their own building. (Risen, 2001)

5. The official FEMA 9-11 report admits a striking anomaly regarding the North Tower collapse:

Review of videotape recordings of the collapse taken from various angles indicates that the transmission tower on top of the structure began to move downward and laterally slightly before movement was evident at the exterior wall. This suggests that collapse began with one or more failures in the central core area of the building. (FEMA, 2002, chapter 2; emphasis added.)

What appears to be molten steel pours from a fracture in the wall of WTC south tower. Steel melts at 2500 F. The only other known sources of heat on that day were jet fuel, (which burns at 1500 F) and office fires (which burn at an even lower temperature, owing to oxygen starvation).